In recent years, the NCSC has often issued urgent warnings about cyberattacks involving ransomware. While such attacks are usually complex, the majority of them are relatively easy to prevent. The most common gateway for successful ransomware attacks involves unpatched systems and remote access connections such as VPN (virtual private network) and RDP (remote desktop protocol) that are not secured by two-factor authentication (2FA). Unfortunately, alerts from installed security software such as antivirus programs are also repeatedly ignored on critical systems such as Windows domain controllers.

The NCSC highlighted this issue back in February 2020.

Despite ongoing efforts by authorities and business associations over the years to raise awareness among companies in Switzerland of the potential danger posed by ransomware, recommended measures and best practices are not being implemented across the board. This leads to high risk exposure, which is why Swiss companies unfortunately fall victim to such cyberattacks time and again. Unfortunately, it is not uncommon for six- or seven-figure ransoms to be paid. This allows cybercriminals to finance the infrastructure necessary for such attacks and those involved, such as money launderers, and thereby prepare attacks on other companies.

The NCSC again highlights the measures recommended by the authorities and urges companies in Switzerland to implement them consistently:

In the following report, CERT NZ provides an easy-to-understand illustration of the process of a ransomware attack:

How ransomware happens and how to stop it:
https://www.cert.govt.nz/it-specialists/guides/how-ransomware-happens-and-how-to-stop-it/ 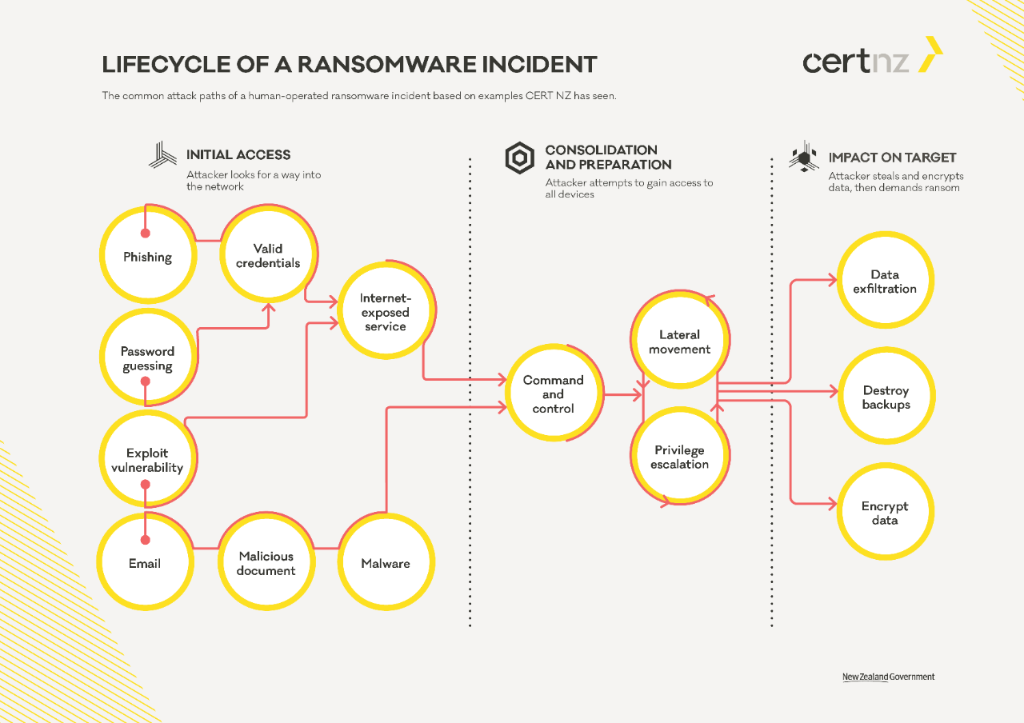 Encryption malware – What next?